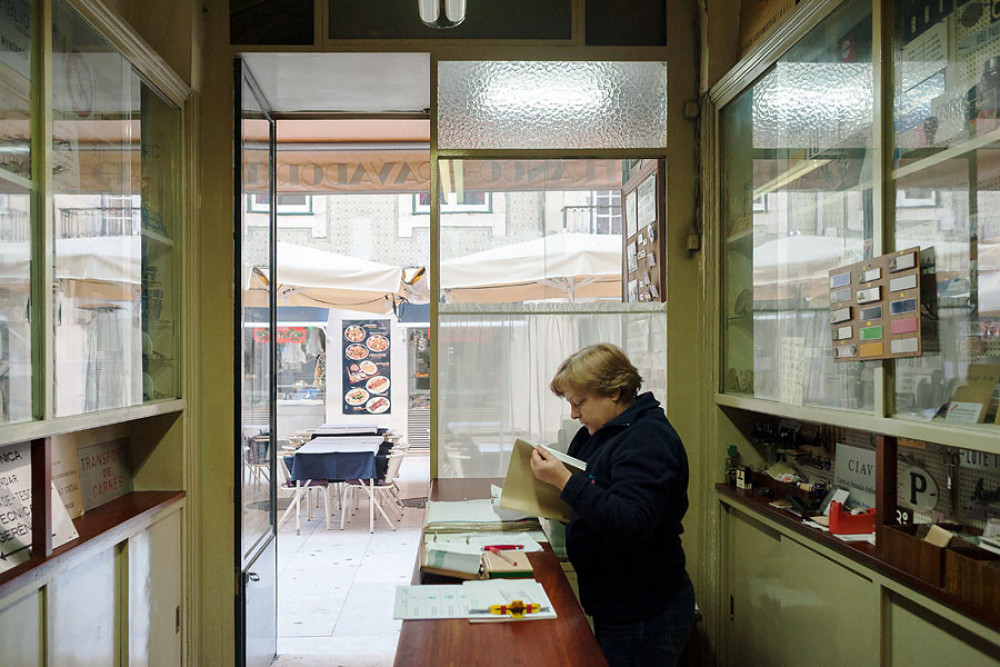 SMOKING AT THE COUNTER ONLY,
says one sign. Another below it:
CIGARETTES PAID FOR IMMEDIATELY.
Followed by: NO SMOKING.

As the eyes travel over the wall of messages, symbols and signs, we are reminded of old customs. Of when smoking was permitted inside shops, and where exactly people could smoke, and who was allowed to smoke, not to mention the Portuguese orthographic changes that have since take place. Language changes, fashions change, technologies change and shops change. There are people who can’t deal with all this change and for them we recommend coming to Franco Gravador and ordering a sign that says PLEASE DO NOT LEAVE YOUR BEING UNATTENDED. RISK OF THEFT, for example. That might help. Who knows? Or perhaps, instead of “no smoking”, NO CHANGING; instead of “beware of the dog” how about BEWARE OF THE FINANCIAL CRISIS; or one that is a good introduction to this project:
GOOD STORIES AT THE COUNTER ONLY.

And this particular counter has witnessed many good stories. There is one behind almost each one of the signs in shop. Think, for example, of a business someone spent their life dreaming of and, on the day it opens, imagine that person putting the sign up on the door, the pride, and the feeling of “I can’t believe this day has finally come” engraved together with the company’s name into the metal. Here, one finds the nicest messages in between the lines, and the many warning signs (Danger! Forbidden! Beware!) that were once fixed to the door of workshops that have since closed. But that is a sad story, one left to the end.

For now, a gentleman has come in. Somewhat hesitantly, with a certain look in his eye, he take in the surroundings, before slowly revealing the reason for his visit: he says he has a wedding band with him, with a declaration of love from his first wedding engraved on it, and places it on the counter. One would not notice the heart full of new love underneath his layers of winter clothing, but one quickly understands his request as he asks if it would be possible to erase the name “Teresa” and engrave “Margarida” is its place.
Of course, it would. The manager, Dulce, takes care of everything in a direct and matter-of-fact way, without even raising an eyebrow. She has seen a lot in the decades she has spent here. She has replaced many a name with another name, seen many a love affair replace a dispute or strife, many cases of bankruptcy and new business ventures. She has her fingers right on the pulse of life in the Baixa district, as the shop is located at its epicentre, and also because in recent years she has had increasingly frequent visits from the area’s newest shopkeeping neighbours. They are generally traders from Pakistan and Bangladesh, who, with the little Portuguese they have, come to order a stamp for their business: “Stamp, stamp”, they explain. Dulce has been tracking the changes, stamp by stamp. She’s used to it. The biggest change she has witness is the replacement of manual labour by machines, which has been reflected in decreasing clientele numbers, a devalorisation of crafts and trade, and the recent closure of workshops. But that is the – potentially sad – story we will try to leave to the end.

Anecdotes abound in this shop, such as the typos no one notices – happens to the best of us – or formulations that aren’t quite typos, but somehow don’t quite make sense either. Take, for example: “TRAVELLING STANDING UP PROHIBITED!” The shop’s own journey began 100 years ago, 100 years in 2016, but there were no special commemoration, she explains. It’s just another number in a house filled with numbers, symbols, images, be they engraved or in stamp form. Just another number. When the shop opened in 1916, it was in Rua da Prata. In 1944 it moved to Rua da Vitória. The founder, Joaquim Cândido Franco, passed it on to his daughter, who in turn passed it on to her daughter, Dulce Franco Matos, the present-day manager. She tells us all about the recent closures of workshops, many of which operated within two minutes from the shop and sometimes employed up to 10 people. And then less and less people. A reflection of the trend towards the disappearance of certain know-how and trades. Houses like this, while they still last, are where we can still preserve such know-how. But there is rarely renewal. Without workshops there are no apprentices. If there are no apprentices, then the craft dies out after the death of the oldest craftsmen.

One happy example of renewal, the fruit of a recent partnership, is the revival of the shop’s own manufacture of stamps, at least a small selection of them, that are now available at A Vida Portuguesa outlets [1].

All the production is carried out in the shop itself, as all that remains of the old workshop is a pantograph. The stamps are produced from an extensive catalogue of symbols and forms Dulce has been collecting and storing for years, adding to the somewhat un-systematised collection of popular graphic images. The catalogue is full of all kinds of things, and it was on the basis of such images that most houses used to choose their brand images, i.e. from the preconceived models where only the lettering had to be added. They are catalogues of a wealth that is, in its own way, invaluable. 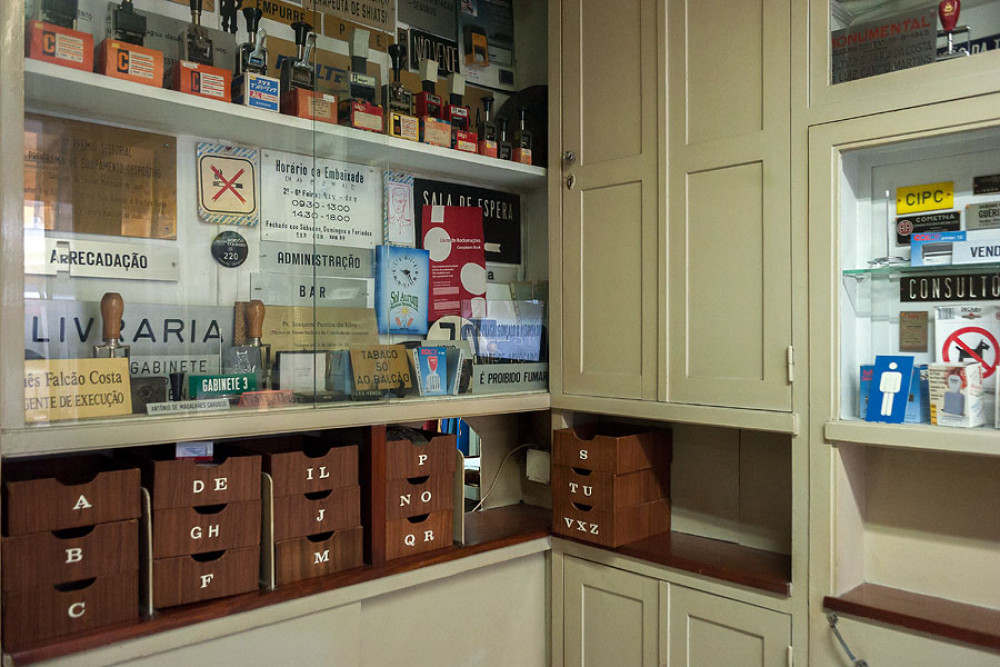 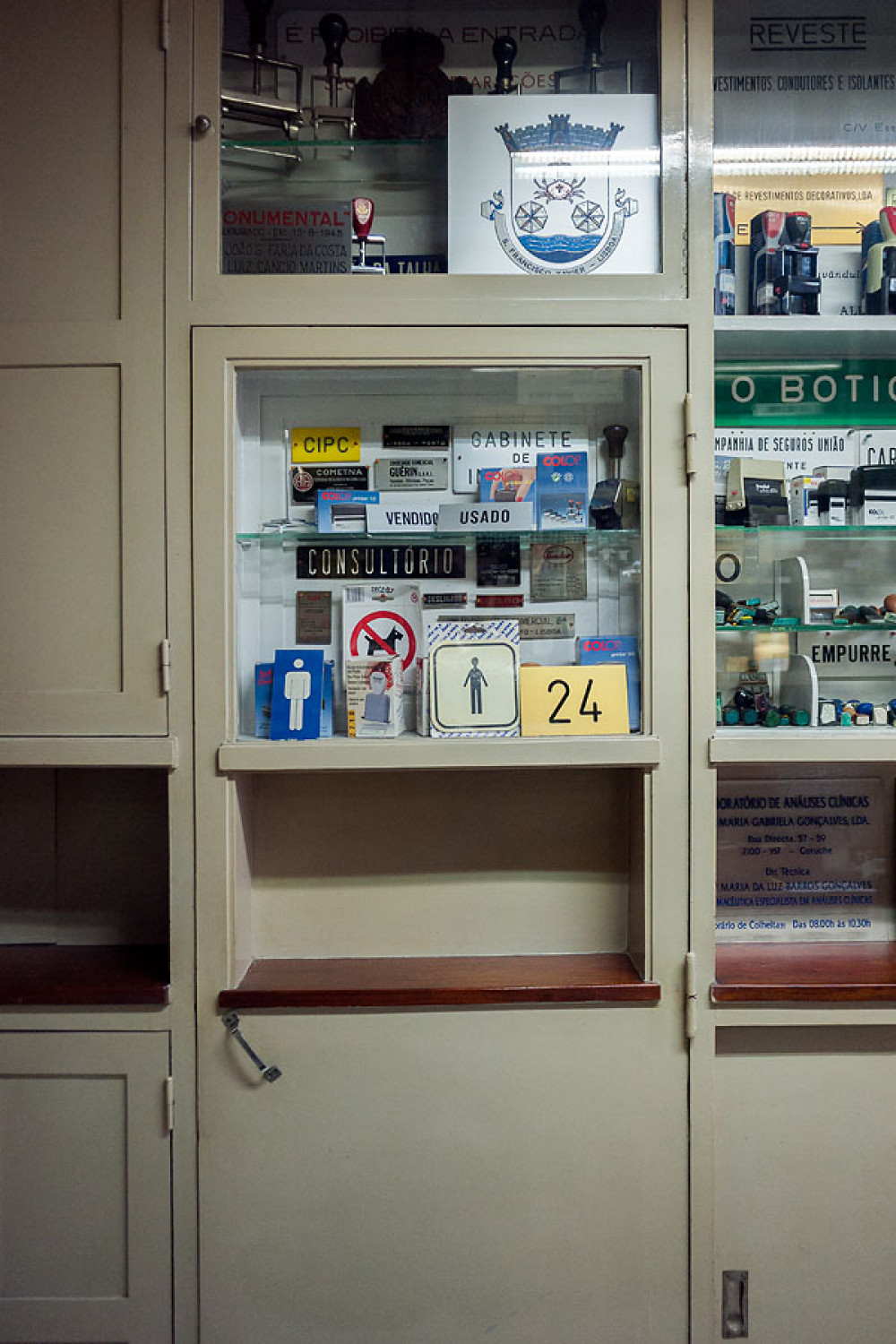 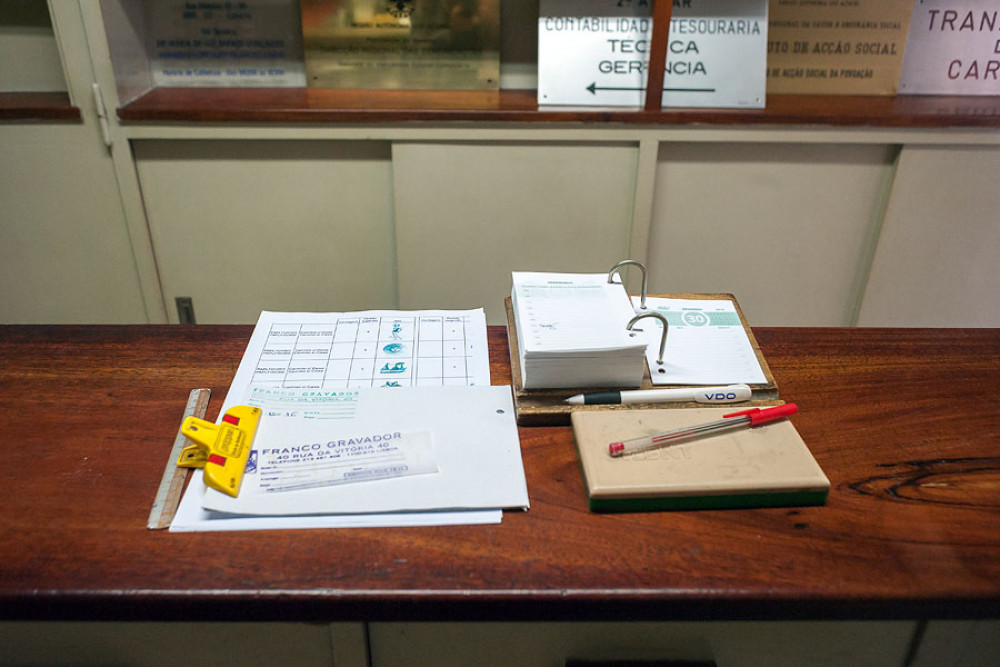 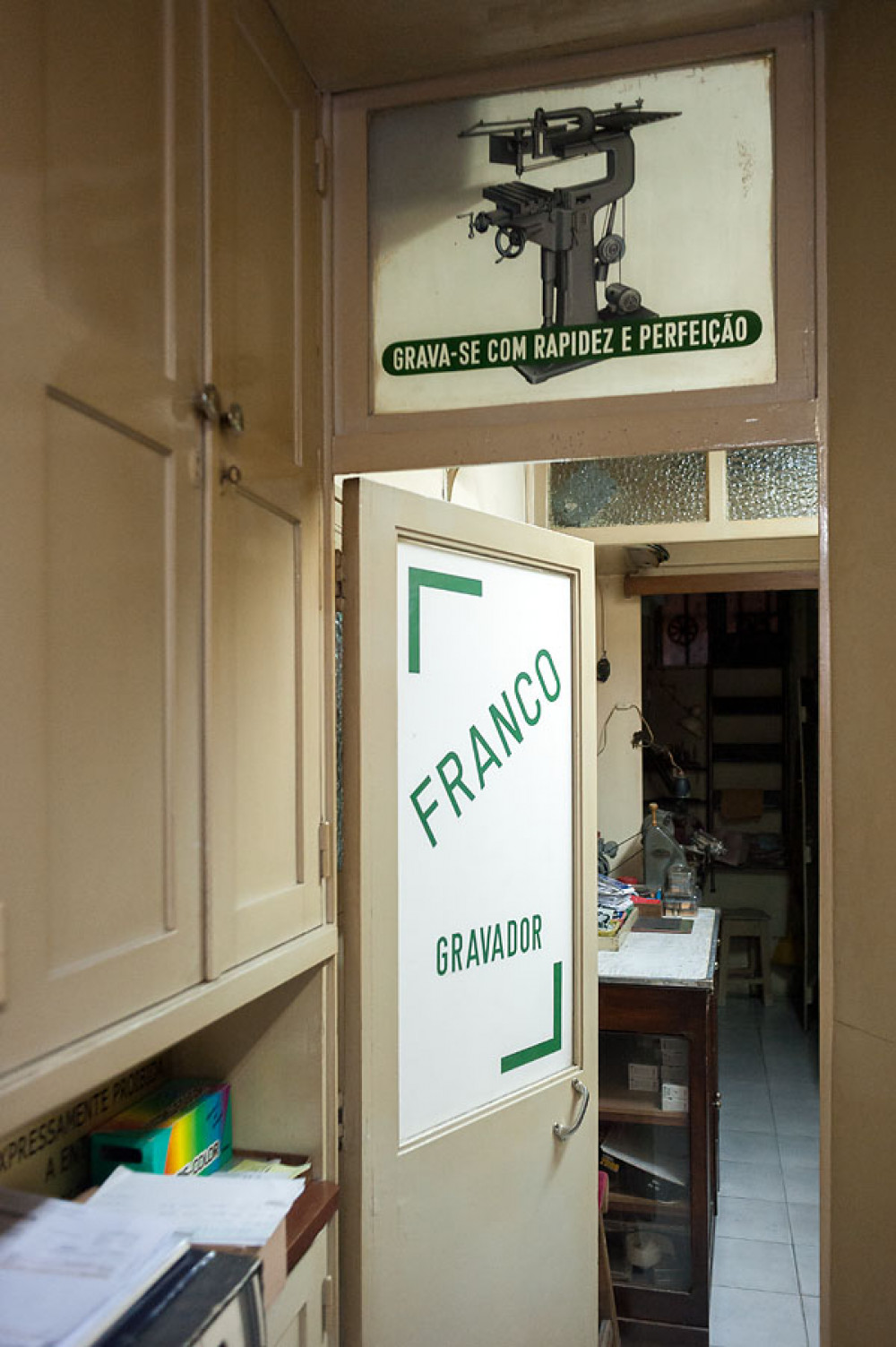 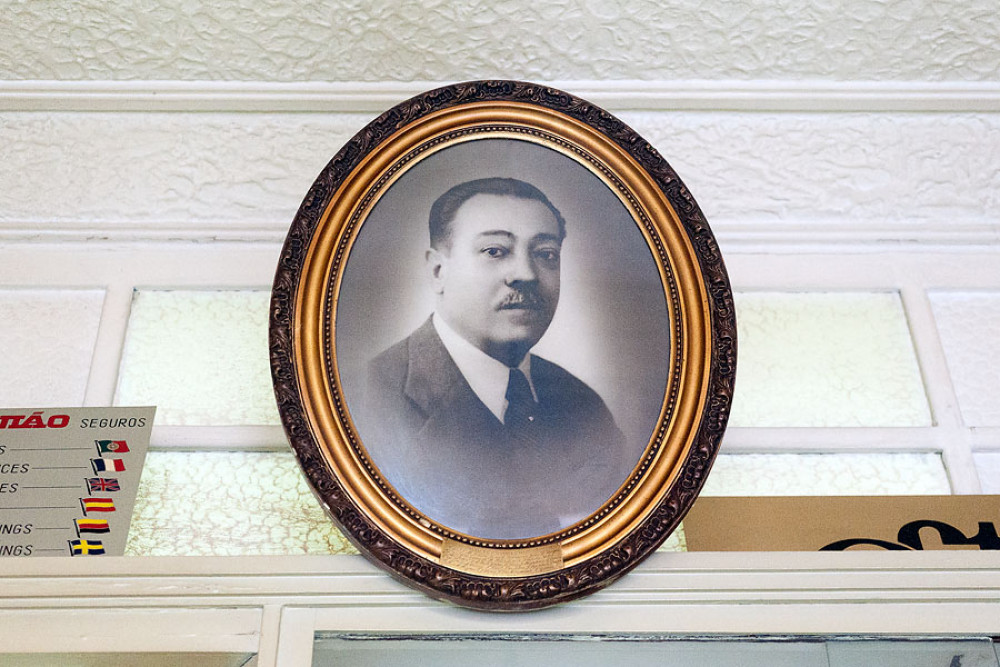 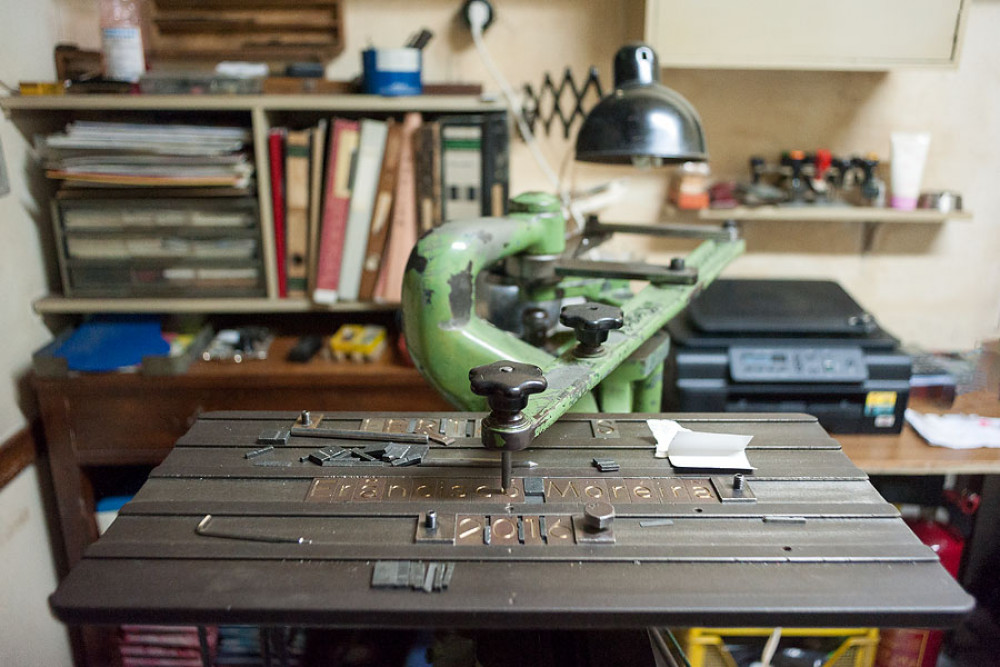 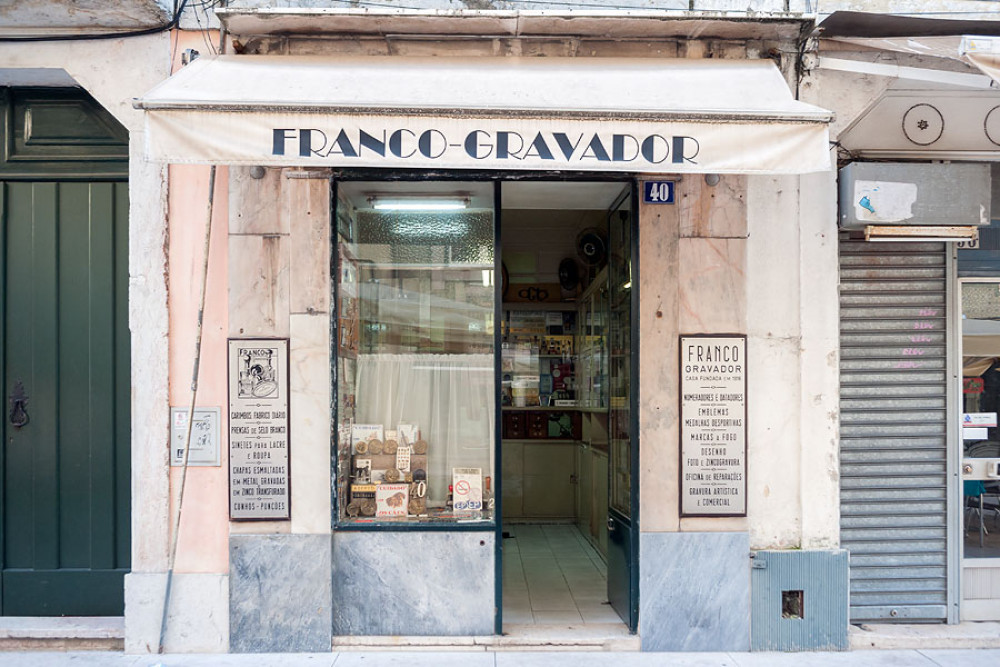 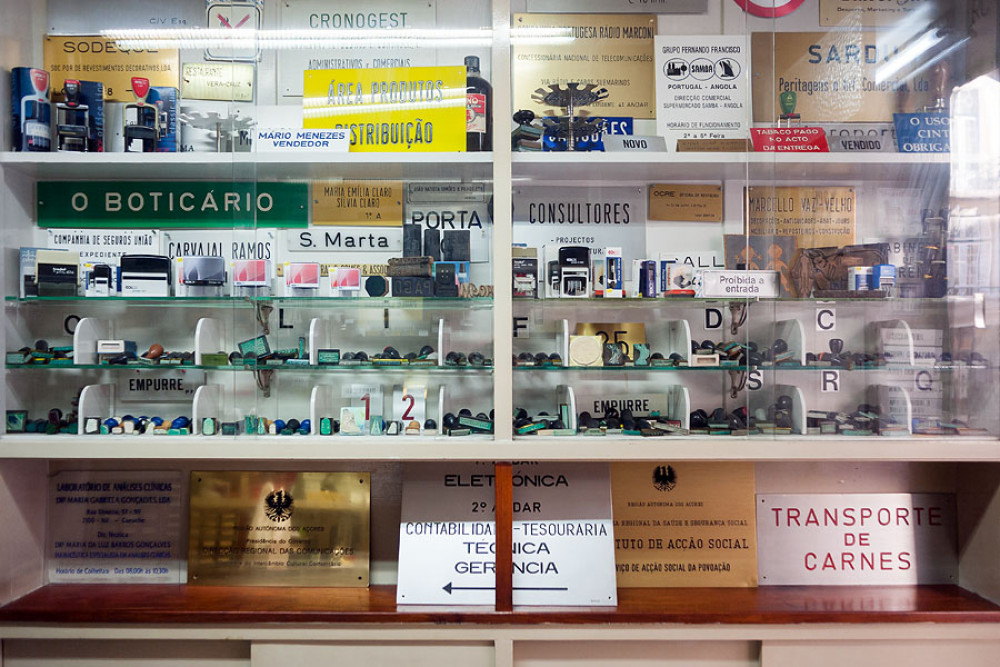 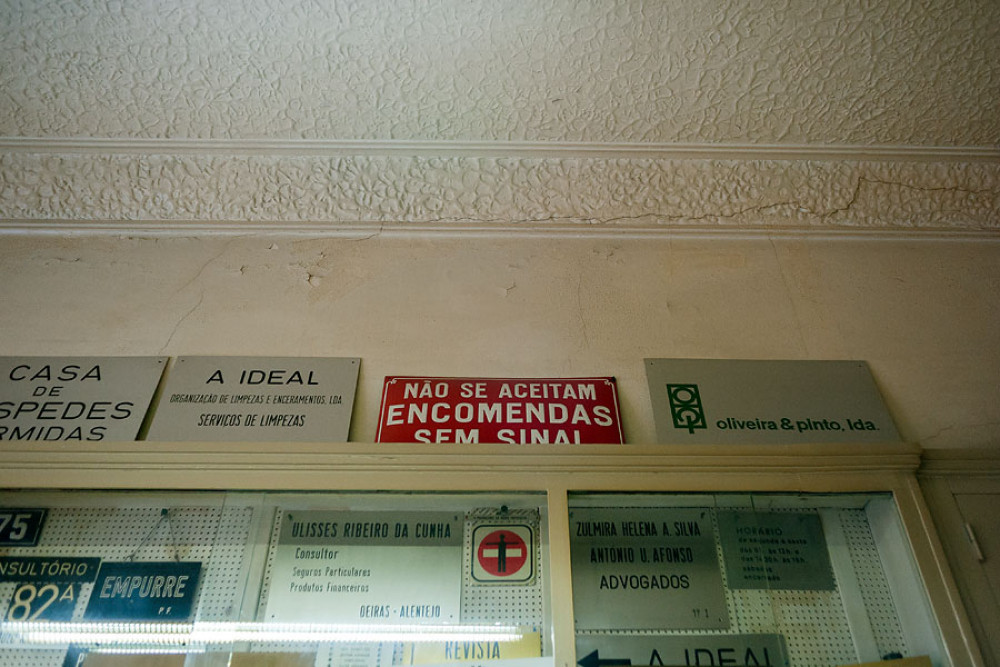 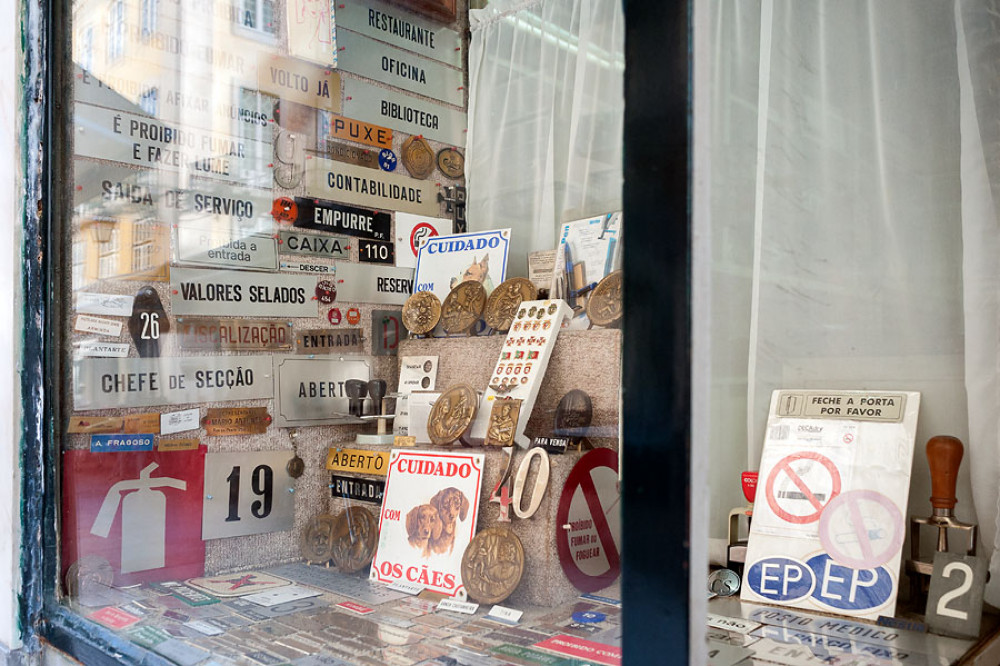 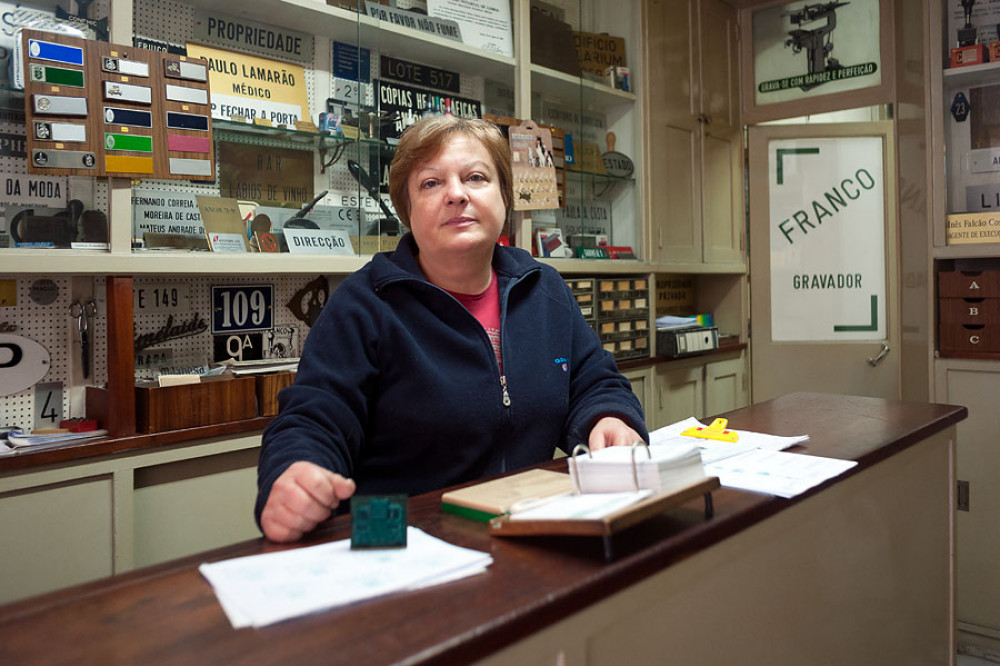 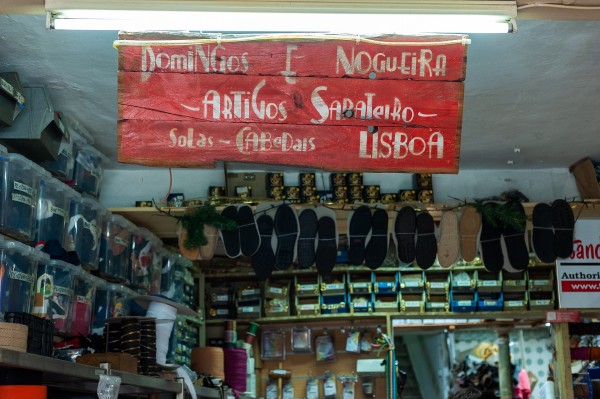 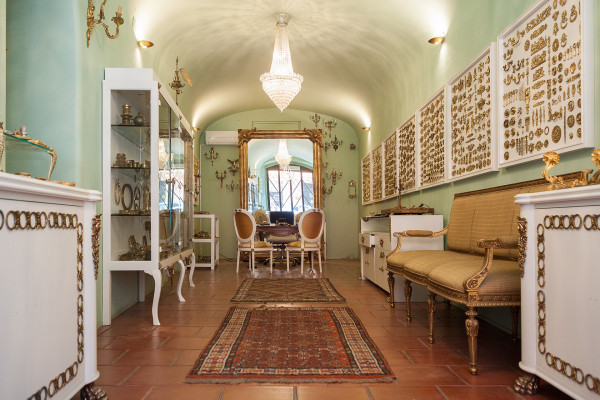